The Isle of Wight is renowned for its rich and intriguing history. Visited by a number of notable individuals including royals, writers, artists and more, it’s undeniable that the Island’s fascinating history prevails through the many quaint villages, stunning manor houses, royal residents, castles and fortifications as well as ancient ruins, to this very day.

From the moment you arrive on the Island the slower pace of life and a peaceful atmosphere can make you feel as if you’re stepping back in time. To celebrate ‘international pretend to be a time traveller day’ we have listed our top five places to visit if you’re on the Island and wish to feel as if you have travelled back into the Isle of Wight’s rich history. 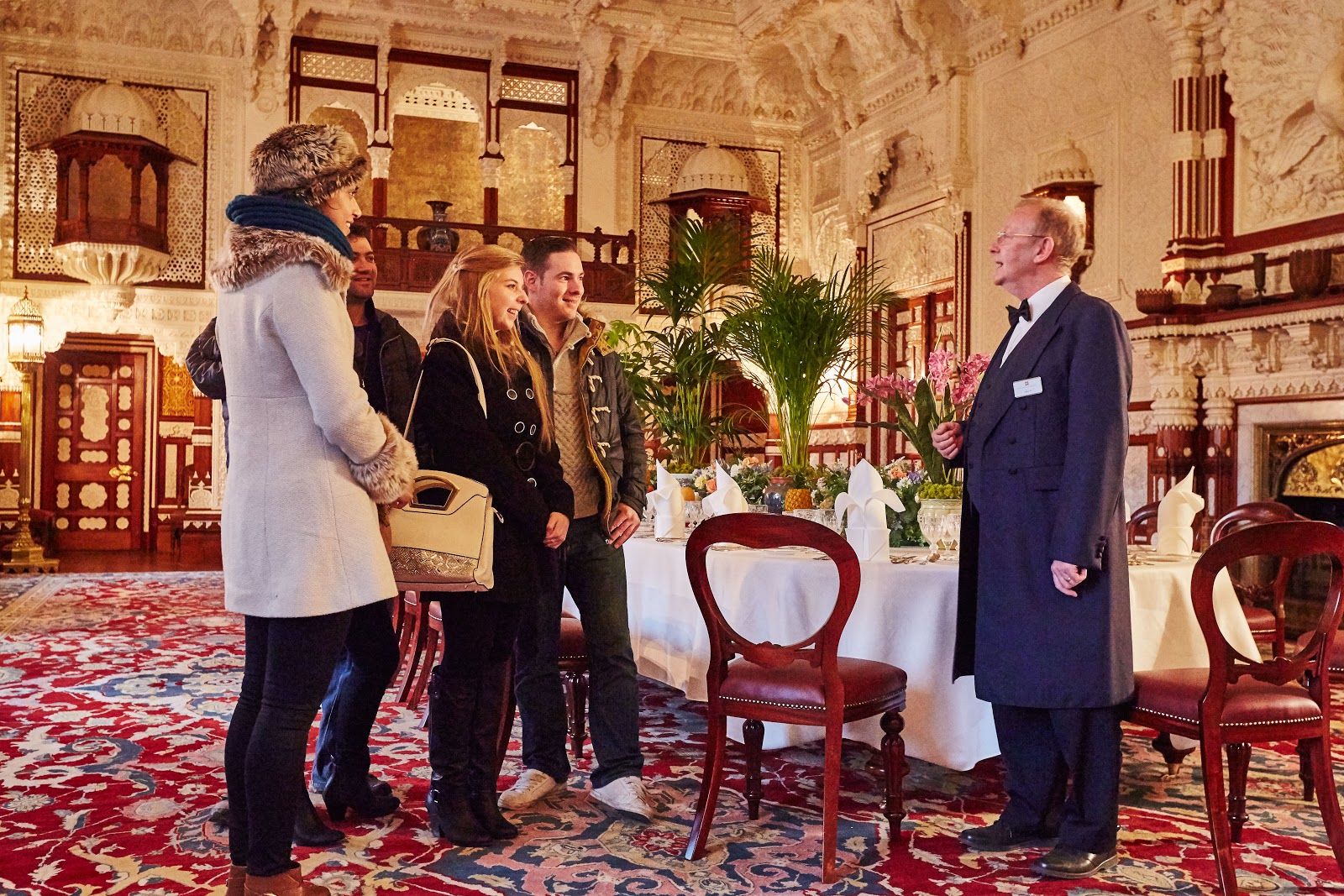 Once the breathtaking coastal summer home of the late Queen Victoria, her husband Albert and their nine children, Osborne House is now a beautifully preserved English Heritage site.

Victoria and Albert bought the Osborne estate in 1845 where Albert heavily influenced the construction of a new magnificent mansion in Italianate style.

Be transported back to the Victorian era and walk-in Queen Victoria’s footsteps get a fascinating glimpse into what her time at Osborne would have been like, wander through the royal rooms and bask in their Victorian grandeur with original furniture and works of art, marvel at the magnificent walled garden and explore the swiss cottage where the royal children once played. 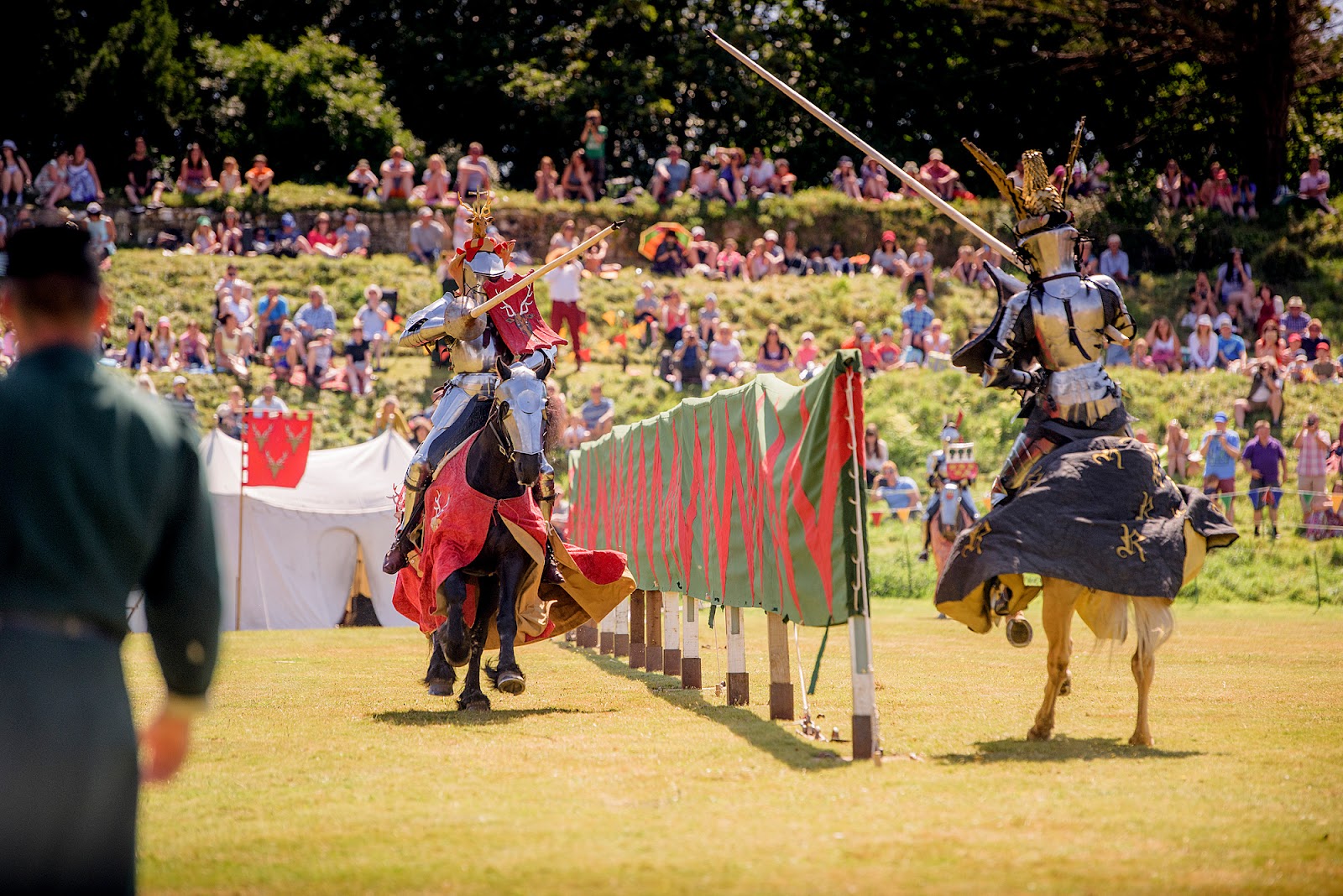 Carisbrooke Castle has been an Elizabethan artillery fortress, a king’s prison and a royal summer residence over the many years since it’s construction. For over 1,000 years, the burh has sat situated high up on the hilltops of Carisbrooke dominating the centre of the Island. Carisbrooke was likely built in the Anglo-Saxon times as a fortified refuge against Viking raids. Shortly after the Norman conquest, the burh was converted into a castle to secure the Island from Norman Invaders. During the 17th century, Charles I was imprisoned within the castle walls until his execution in 1649 and his young daughter Elizabeth sadly met her demise after catching a chill at the mere age of 14 in her room within the castle walls.

Nowadays the castle is owned and looked after by English Heritage and can be visited by the public throughout the year. Step back in time to the days of kings, queens, knights and battles as you walk along the castle wall and explore the Norman keep, marvel at the incredible views across the Island landscape which once helped to spot an invasion from miles away. Don’t forget to learn all about the Castle’s history and its inhabitants in the castle museum and watch as the donkeys as they demonstrate how water would of been drawn from the ancient well. 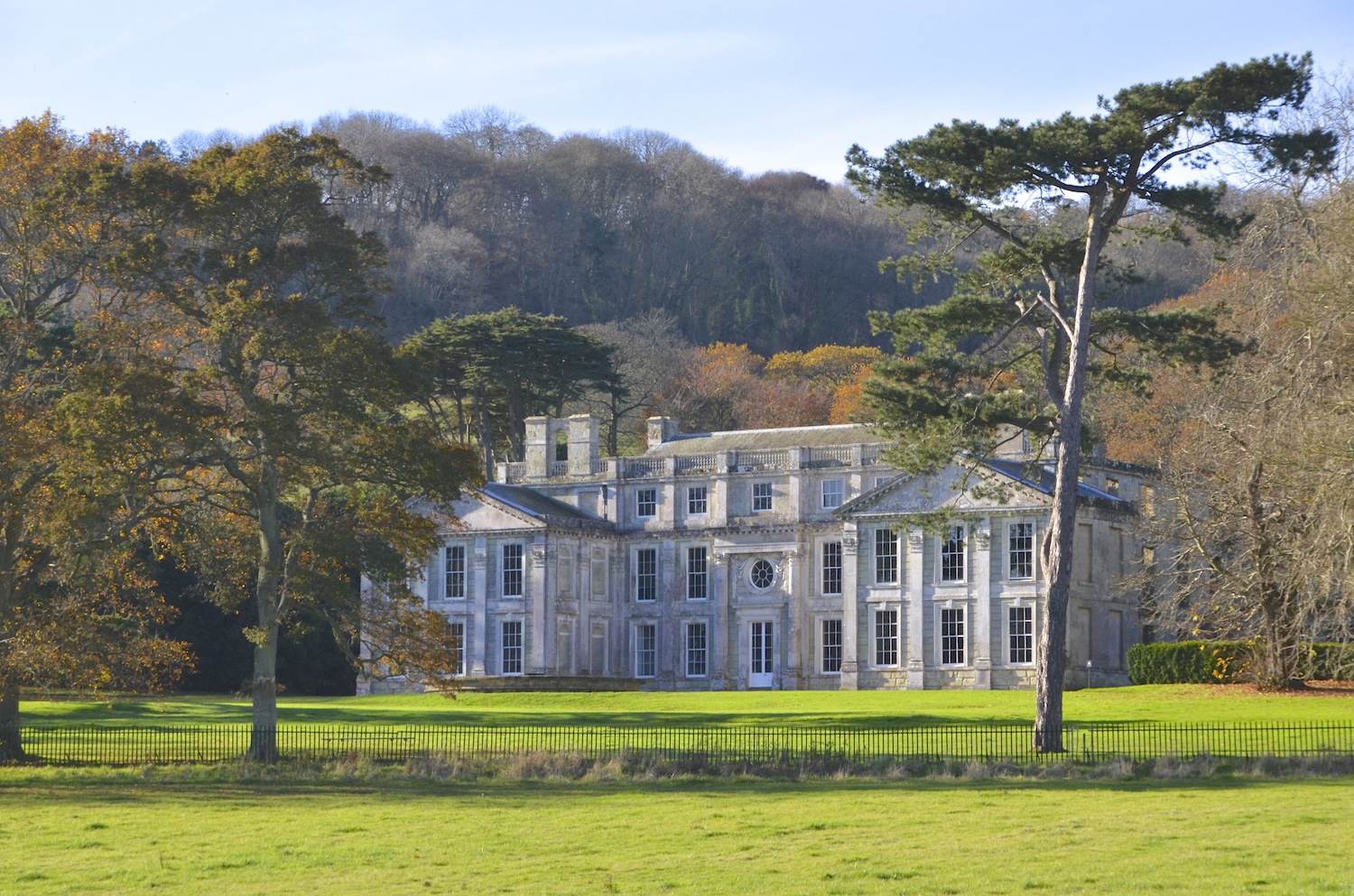 Let us take you back to the early 18th century when Appuldurcombe House was the grandest estate on the Isle of Wight and seat to the Worsley family. The Worsley scandal of 1782 saw the then owner Sir Richard Worsley and his wife Lady Seymour Worsley caught up in a riveting court case when Sir Richard sued Seymour’s lover, George Maurice Bisset of Knighton Gorges for criminal conversation following their elopement. To save her then lover from ruin, Seymour tarnished her own reputation and confessed to having over 27 lovers over the course of her and her husband’s loveless marriage. The Worsley scandal ruined Sir Richard and in his later life he became a notorious recluse till his death at Appuldurcombe in 1805.

Once a masterpiece of English Baroque architecture Appuldurcombe now stands a partly restored shell of its former grandeur. Although a husk of it’s previous opulence the house is still a stunning example of 18th century elegance that will take your breath away.

Open throughout the summer months with free entry, Appludurcome is the perfect spot for a family picnic. Wander through the haunting ruins of this once grand manor house and soak up the history. Also, a popular venue for weddings the grounds are large and well kept, perfect for a romantic stroll or a peaceful dog walk. 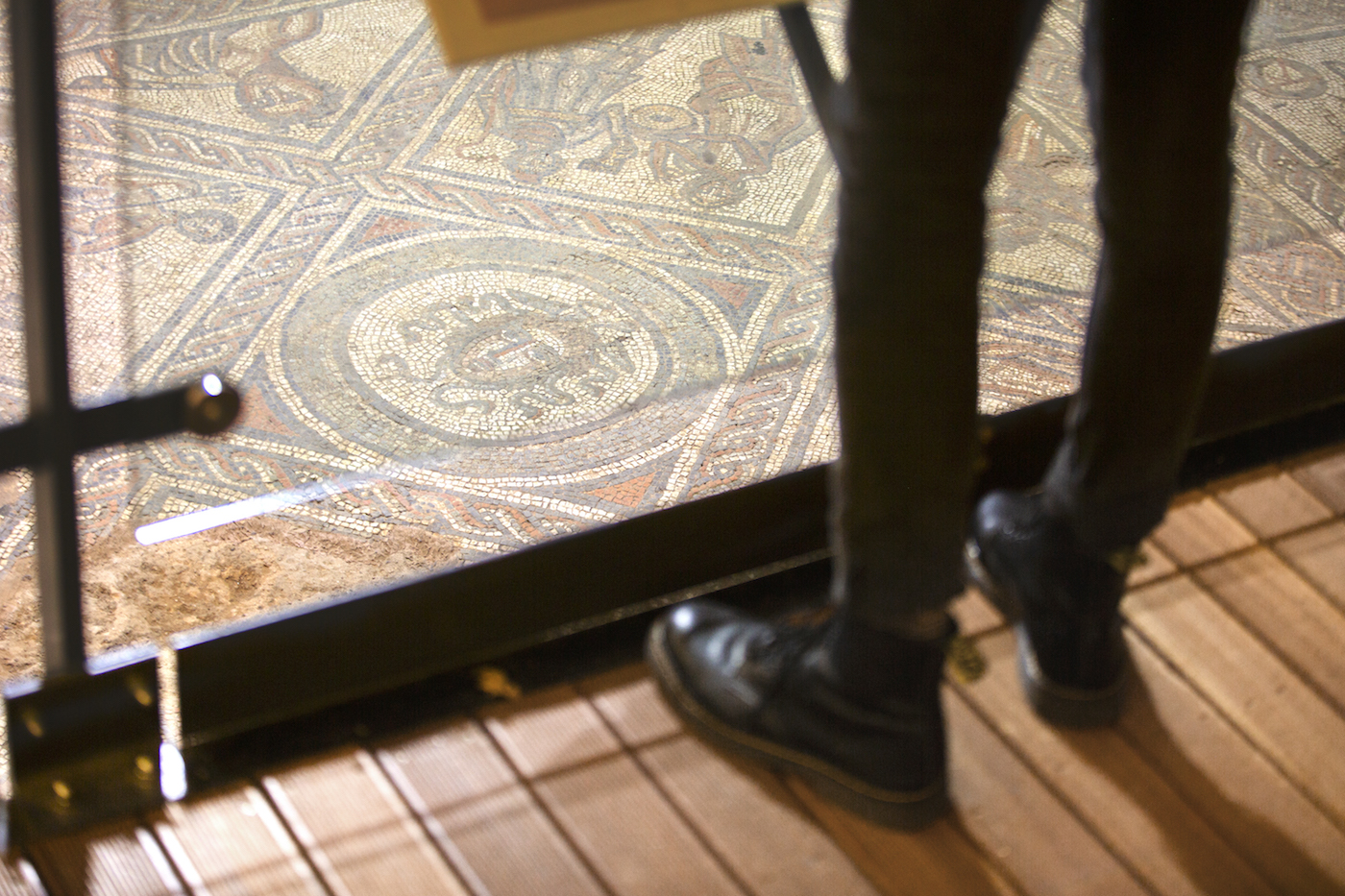 One of the finest Roman sites in the UK, the award-winning Brading Roman Villa sits nestled in the Brading countryside, overlooking Sandown Bay. This award-winning museum will transport you back to Roman life in Britain and offer you a unique insight into this fascinating time with its beautifully preserved mosaic floors and extensive collection of archaeology. Since its discovery, the villa and surroundings have been excavated many times. Using artefacts and archaeological reports, the museum will take you on a tour from prehistory up to the modern-day. Enjoy interactive displays, a Roman garden and meadow trail and a licensed café. Learn about who would have lived there, myths and legends, and the conservation of the site. Open all year round, seven days a week. 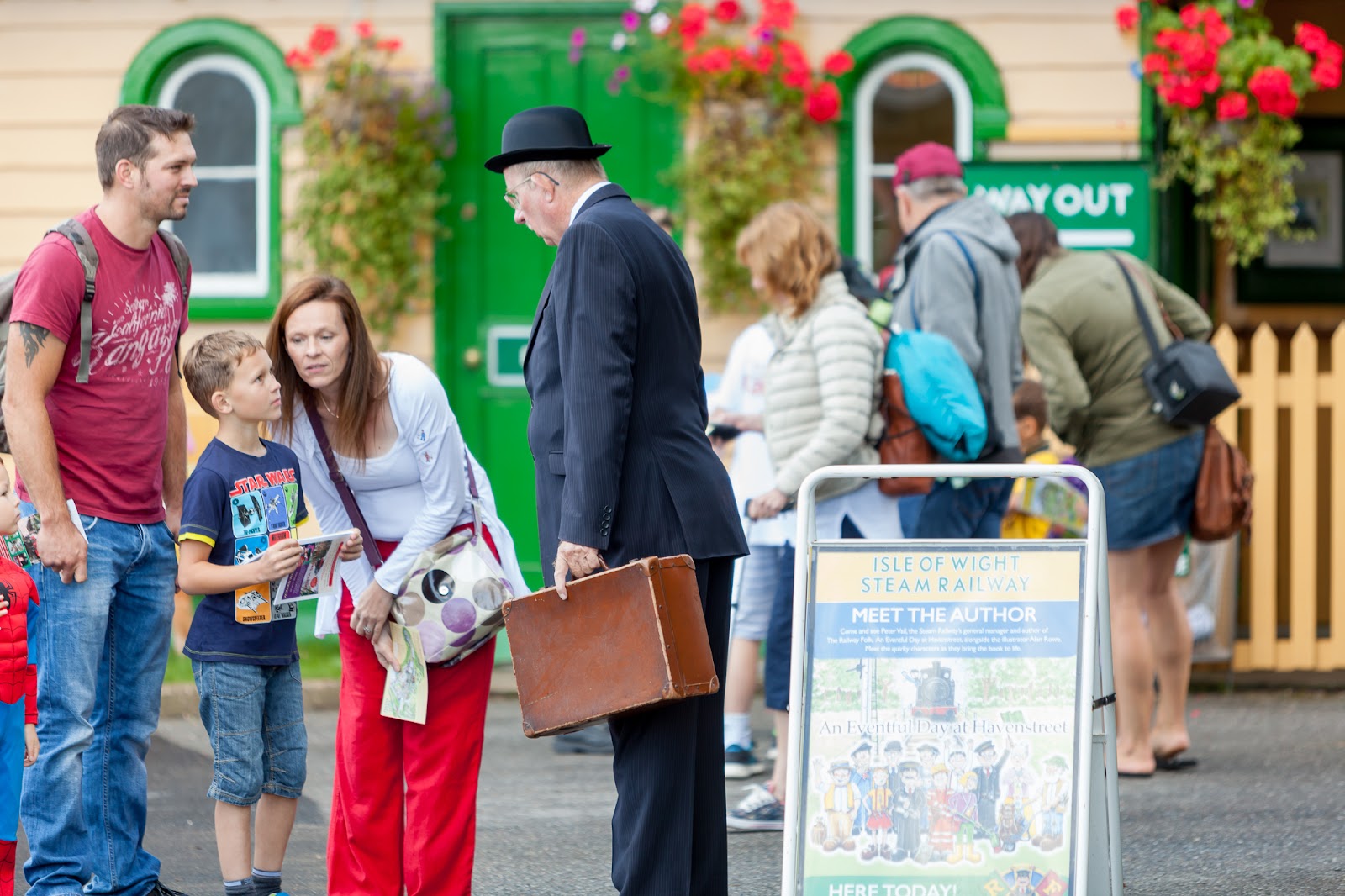 The Isle of Wight Steam Railway will make you feel as if you have travelled back in time to the heyday of steam. Travel in style aboard one of their beautifully restored carriages as this 10 mile museum takes you on a unique journey through the Island’s unspoilt countryside. Something that makes this experience extra special is that passengers on the railway are guaranteed to be travelling in a carriage that is at least ninety years old.

Havenstreet is a restored 1940s station and the heart of the Steam Railway, home of all their special events throughout the year – including their annual 1940s weekend where you can dress up in your favourite vintage clothing, listen to the music of the era and even sit in the cockpit of a spitfire. Step back to a bygone era when steam power was the order of the day.

Explore the carriage and wagon workshop where all the maintenance work on the historic carriages and wagons takes place, visit the Train Story Discovery Centre where your imagination will come alive as you experience the sights, sounds and atmosphere of railways gone by and refuel in their refreshment rooms. Open from March – October and various days in December, The Isle of Wight Steam Railway is a unique and brilliant day out that the whole family will love.