Birdwatching on the Isle of Wight

Did you know that the Isle of Wight is an incredibly important place for birds, particularly in the winter? So much so that many of the beaches and estuaries in the north of the Island are internationally designated as part of a Special Protection Area.

So why is this? It’s all down to the Solent, and the shelter it affords, particularly for birds that are on a long migration route. It’s also the combination of habitats – salt marshes, mudflats, grazing marshes and high tide roosts that make it so appealing. Once you understand this, it’s very easy to work out where to go for a spot of high-quality birdwatching.

Mudflats are full of plant life and small creatures offering a rich larder, but at high tide, they are covered over and the birds move on to feed elsewhere or rest onshore in places called high tide roosts. Salt marshes are frequently flooded by saltwater, so are home to many unique plants and animals which can’t be found anywhere else. They also act as high tide roosts, except when the tide is really high. Coastal grazing marshes are really rich with grass, other plants and invertebrates. Our lovely Island has all these habitats, meaning that on a winter walk you can tick off a number of species. We have, however, decided to pick four ‘stars’. 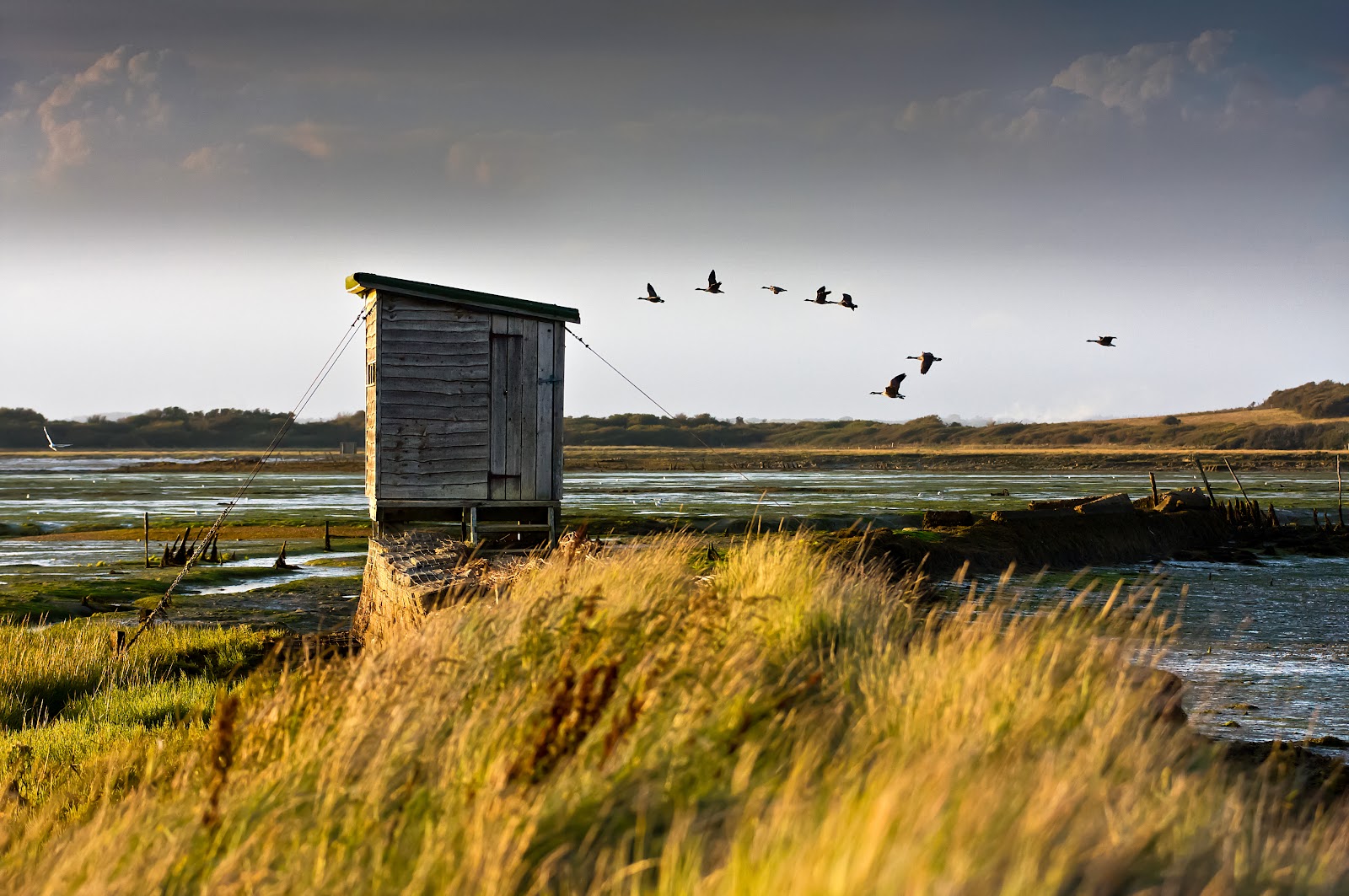 Sanderlings are a Ryde bird. They can often be found in large groups near the seafront café next to the boating lake. They run around like clockwork toys at the edge of the water and can easily be seen from the Esplanade when the tide is in. They will have flown in from the Arctic. Sanderlings aren’t large birds, only about 20cm long, but they are plump and have a short black beak and black legs. They will be in their pale winter plumage at this time of year. These timid birds are sensitive to disturbance so don’t go too close.

On the subject of Ryde Sands – it’s a hotspot for birds, and there are rich feeding grounds under and around the pier. The birds watch Wightlink’s FastCat go in and out and are completely unfazed by the strange beast. 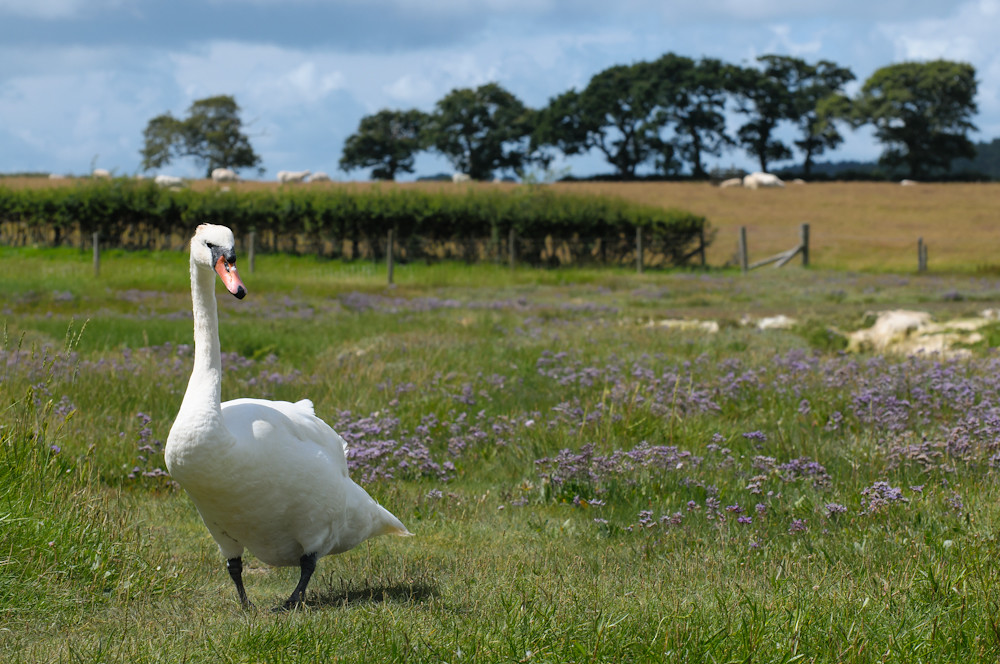 The Solent is the place to be if you are a dark-bellied brent goose. More than 10% of the world population spend their winter here and will have flown in from Siberia. They are small for a goose – not much larger than a mallard and have a white rump and collar. They like mudflats, salt marshes and playing fields, then come inland for fresh drinking water and to clean their feathers. They are usually in large flocks – at Newtown National Nature Reserve these can be well over 1,000 strong. Other good places to spot them are the Bembridge area and Western Yar.

The Western Yar is really fab for bird spotting. It’s only three miles long and around 60% of its length is tidal estuary. The old railway line on the east side provides easy access for wheeled users or you can cross over at The Causeway for a circular walk back to Yarmouth. Alternatively continue south to Gift to Nature’s Afton Marsh Local Nature Reserve for yet more birds.

The oystercatchers are very noisy and introduce a sort of Club 18-30 element to the winter avian holiday-makers, squabbling a lot. Some like the Solent so much that they stay here all year, but their numbers are boosted with visitors from Norway, Iceland and the Faroe Islands. They are striking birds – the easiest of our four to recognise – they are large black and white waders, with a long red bill, long pinkish legs and large red-rimmed eyes. The Medina Estuary is a good place to spot them where they like to sit on the floating pontoons by The Folly and watch the boats go by.

We have already mentioned the Special Protection Area but that’s just one of six different designations under national and international law that protects it. The cycleway offers easy access along the western bank of The Causeway and Hampshire and Isle of Wight Wildlife Trust have been managing coastal grazing marshes, especially for the birds. They are also working to protect and restore salt marshes. Gift to Nature’s Dodnor Creek and Dickson’s Copse Local Nature Reserve makes an excellent winter stop-off point. The old mill pond provides an excellent high tide roost, and Dickson’s Copse is an ancient woodland with a number of different bird species as well as squirrels, dormice and bats. If you are very lucky you will spot a peregrine falcon sitting on the power cable ready to take out an unsuspecting pigeon! 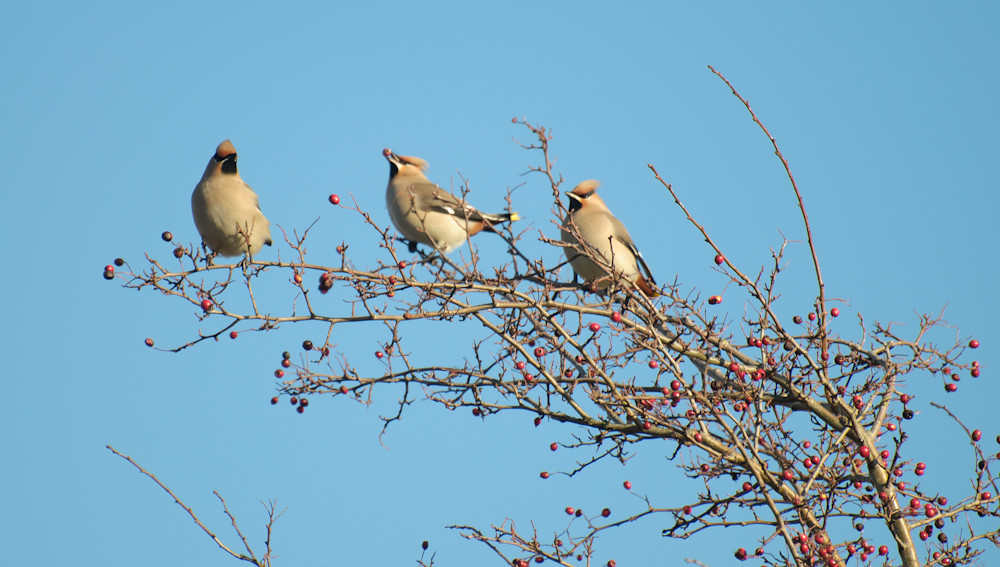 Our final suggestion to spot is the strangely named black-tailed godwit. Its name is thought to come from the Anglo-saxon words ‘god’ and ‘whit’ meaning good creature, which probably means it’s tasty, but please don’t try. It’s quite a large bird with long legs allowing it to wade out following the falling tide. It has a long beak too – cleverly the females’ beaks are longer than the males’ so that they don’t compete for food. Most black-tailed godwits fly in from Iceland for the winter months, but a few stay on all year. It likes mudflats, wet grasslands and coastal lagoons. The Western Yar is a particularly good place to spot it, as well as the Medina Estuary and Newtown National Nature Reserve.

Whilst it is great to go out and watch these wonderful birds, you also need to be very careful. Some of your activities may disturb the birds unintentionally. When the birds are disturbed they stop feeding or worse still, fly away. It can take them a whole day to refuel the energy that this uses. If the birds cannot feed and rest undisturbed, they will not have enough energy to survive the winter and fly back to their summer habitats.