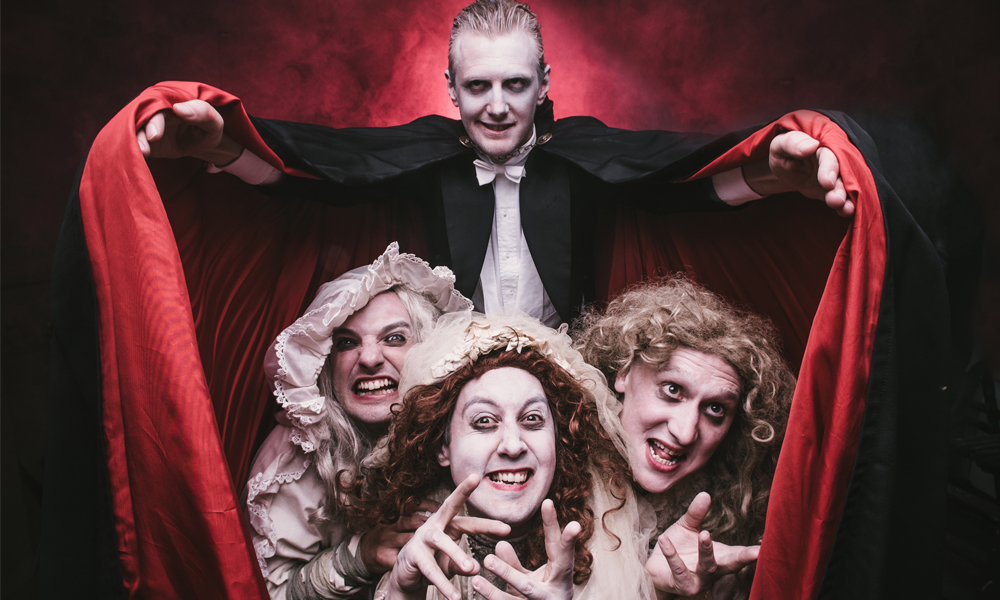 Le Navet Bete in association with Exeter Northcott Theatre present Dracula: The Bloody Truth. Stop what you’re doing and read this very carefully. Your life may depend on it…This critically acclaimed, multi five star awarded hilarious comedy will be presented by Professor Abraham Van Helsing and his three idiotic actors as they stage a life-changing, theatrical production surrounding the true events of Dracula. Will they pull it off? It’s highly unlikely! With four actors playing over forty characters and directed by one of the UK’s most exciting comedy directors, John Nicholson, Dracula: The Bloody Truth will make you die laughing! Devon based, award-winning Le Navet Bete are committed to creating hilarious, physical and family-friendly comedy using creative and engaging storytelling. Having been licensed worldwide in 2017 don’t miss your chance to see this riotous smash-hit show.