The Island Savoyards Present Kipps the NEW HALF A SIXPENCE 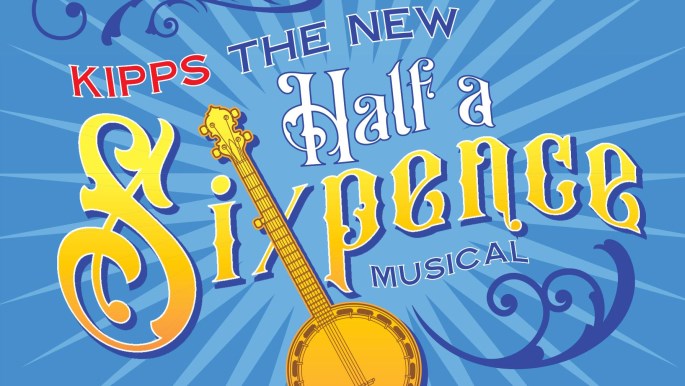 The Island Savoyards Present Kipps the NEW HALF A SIXPENCE

Flash, Bang, Wallop! The writing team behind the stage version of Mary Poppins re-unite to update this British classic Arthur Kipps, an orphan, is an over-worked draper’s assistant at Shalford’s Bazaar, Folkestone, at the turn of the last century. He is a charming but ordinary young man who, along with his fellow apprentices, dreams of a better and more fulfilling world, but he likes his fun just like any other, except not quite. When Kipps unexpectedly inherits a fortune that propels him into high society, it confuses everything he thought he knew about life. This new stage version of Half A Sixpence, which returns to the H. G. Wells semi-autobiographical novel, “Kipps”, in order to reinvent the musical “Half a Sixpence” for the modern age, has a stellar creative team and reunites bookwriter Julian Fellowes with George Stiles and Anthony Drewe, the musical team that co-creator Cameron Mackintosh first put together to create the smash-hit stage adaptation of Mary Poppins with Disney. Julian Fellowes’ masterful adaptation returns the musical to its literary roots, in a timeless and contemporary way, and Stiles and Drewe’s brilliantly infectious new score harnesses the David Heneker classics with a joyous verve.