The Isle of Wight is a pretty good place to spot butterflies, with over two thirds of the UK’s 61 species resident here. And the wonderful thing about butterfly-spotting is that they are pretty much everywhere, as long as you choose a reasonably sunny day.

So why is the Island so special? One of the reasons is our variety of landscapes and habitats, the Isle of Wight is often referred to as ‘England in Miniature’. This is a guide to some of our favourite places to spot butterflies in the warmer months…

The Island’s butterfly ‘claim to fame’ is the Glanville fritillary, the largest population in the UK is found on the cliffs of our south coast. It’s named after Eleanor Glanville, a 17th century butterfly-buff from Lincolnshire. When she died, her family attempted to challenge her will saying “none but those who were deprived of their senses, would go in pursuit of butterflies”. So there you go! The Glanville fritillary is most likely to be seen mid-May to late June and a good place to spot it is by taking the path along the cliffs at Compton Chine, where it be will feeding on wild carrot, thrift and bird’s-foot trefoil. Watch your footing!

Top tip: Butterfly watching for those with mobility difficulties. Park up in Compton Down car park and enjoy. The Blues and the Views

It can be tricky to differentiate between some of the blue species of butterflies, and sneakily in some species females have brown wings! So don’t worry if you don’t know exactly what you are watching, just enjoy how they tumble around sunny hillsides. The blue Adonis is a beautiful species of butterfly and loves unimproved chalk downland, where it flies low over shortly-grazed steep, south-facing slopes in May and June. The males have brilliant sky-blue wings, while the females are a rich chocolate brown.

The Gift to Nature reserve at Brading Down is an excellent place to spot the blue Adonis and many others. Butterflies often require different species of plants at different stages in their lives, so that for instance caterpillars and adults are not competing for limited supplies of the same plant. The great range of plants on the down provides a veritable buffet! Brading Down is also home to large numbers of chalk hill blues, but you will need to visit during late July and August to see these. Another brilliant place to see butterflies is Carisbrooke’s Mount Joy Cemetery. In both these places you can butterfly spot as well as taking in some of the Island’s most glorious views.

The Island’s main town, Newport offers surprising opportunities for butterfly spotting, and has been at the forefront of conservation efforts. The white-letter hairstreak is recognisable by its brown underwings with a white w-shaped streak, an orange edge and small tails. It has an erratic, spiralling flight and is difficult to spot, as it flies around the tops of trees. It is entirely dependent on sexually mature elms for its food source, so the species declined in the 1970s because of Dutch elm disease. In 2005 Island 2000 were working with the Newport Rivers Group on the restoration of Towngate Pond near Sainsbury’s in Newport. It was decided to plant some disease-resistant elm cultivars alongside the pond to see whether they could tolerate the occasional waterlogging and flooding. They survived and thrived and in 2016 the Island’s conservation community were thrilled to find that the Towngate elms had been populated by white-letter hairstreak butterflies – the first instance in the UK where this had worked. The elms and butterflies can be viewed from the footbridge that crosses Lukely Brook parallel to Towngate Bridge.

Newport has other butterfly gems too. Take a stroll or cycle ride south from Coppins Bridge along the Medina to Shide and you pass through Pan Mill Meadows. These water meadows are full of butterflies, dragonflies and damselflies in the summer. Nearby Shide Chalk Pit is a tranquil oasis nestled behind Asda and is home to a good variety of butterflies including brimstone, orange-tip, holly blue, dingy skipper, green hairstreak, wall brown, green-veined white, speckled wood, comma, small tortoiseshell, common blue, marbled white and chalk hill blue. 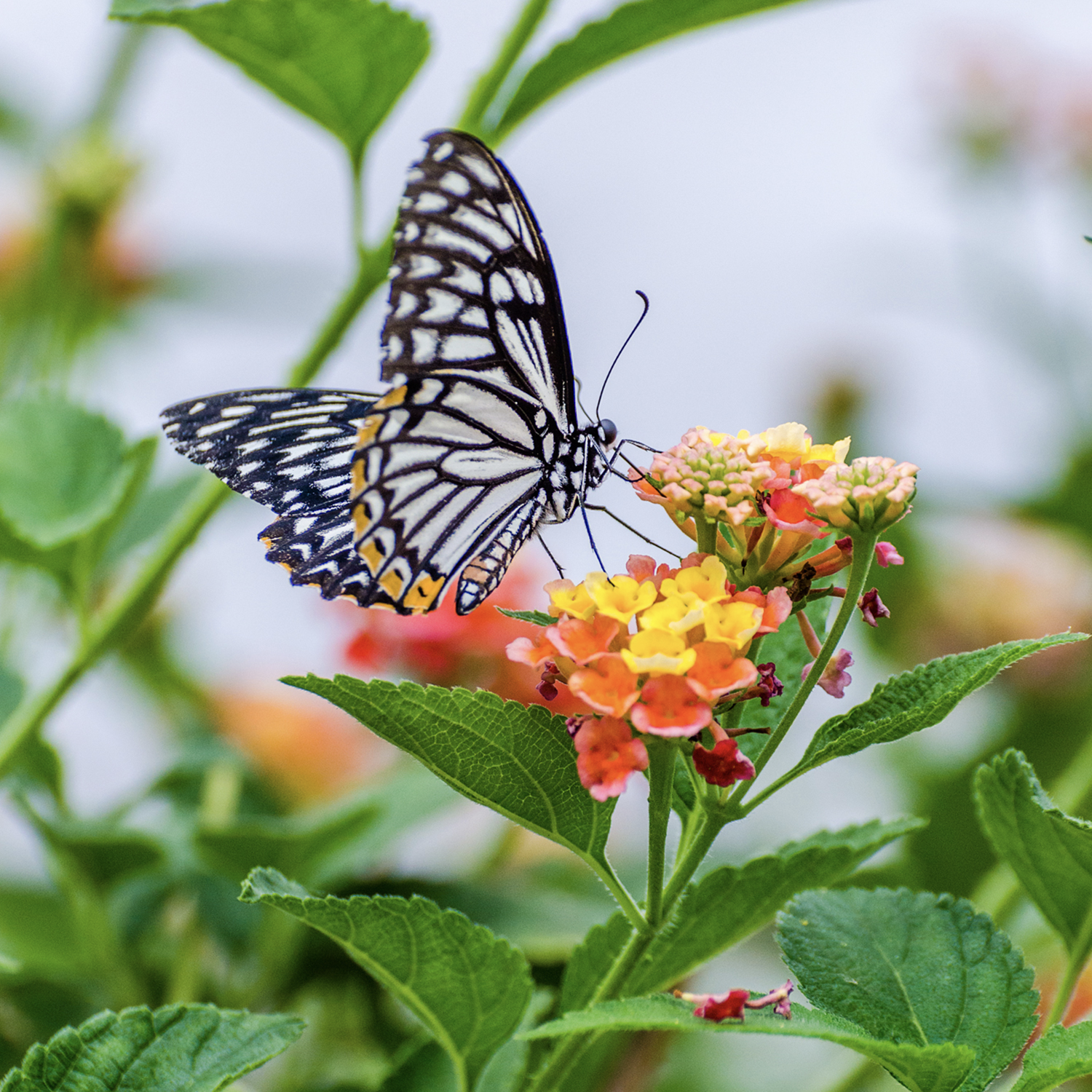 The small tortoiseshell can be seen at almost any time of the year in the Isle of Wight’s parks and gardens. It is one of the first butterflies to be seen in spring and in the autumn it often visits garden flowers in large numbers. Sadly in recent years numbers have declined and this may be due to our changing climate. It spends the winter in hibernation as an adult butterfly, emerging in the spring to mate and foster a new generation of small tortoiseshells. But milder, wetter winters are disrupting the butterfly’ torpid state, causing it to become active when it should be sleeping and to consume reserves of energy with a consequent reduction in its survival rates.

The White Admiral has white-banded big black wings and is found exclusively in woods as it prefers a bit of shade. Its caterpillar loves honeysuckle, and the adults will feed from brambles. You won’t see it out and about until June and we have spotted it recently in Golden Hill Country Park at Freshwater, but you may also find it in the woodlands around Newtown and in Parkhurst Forest, where it is also good for brimstone butterflies. 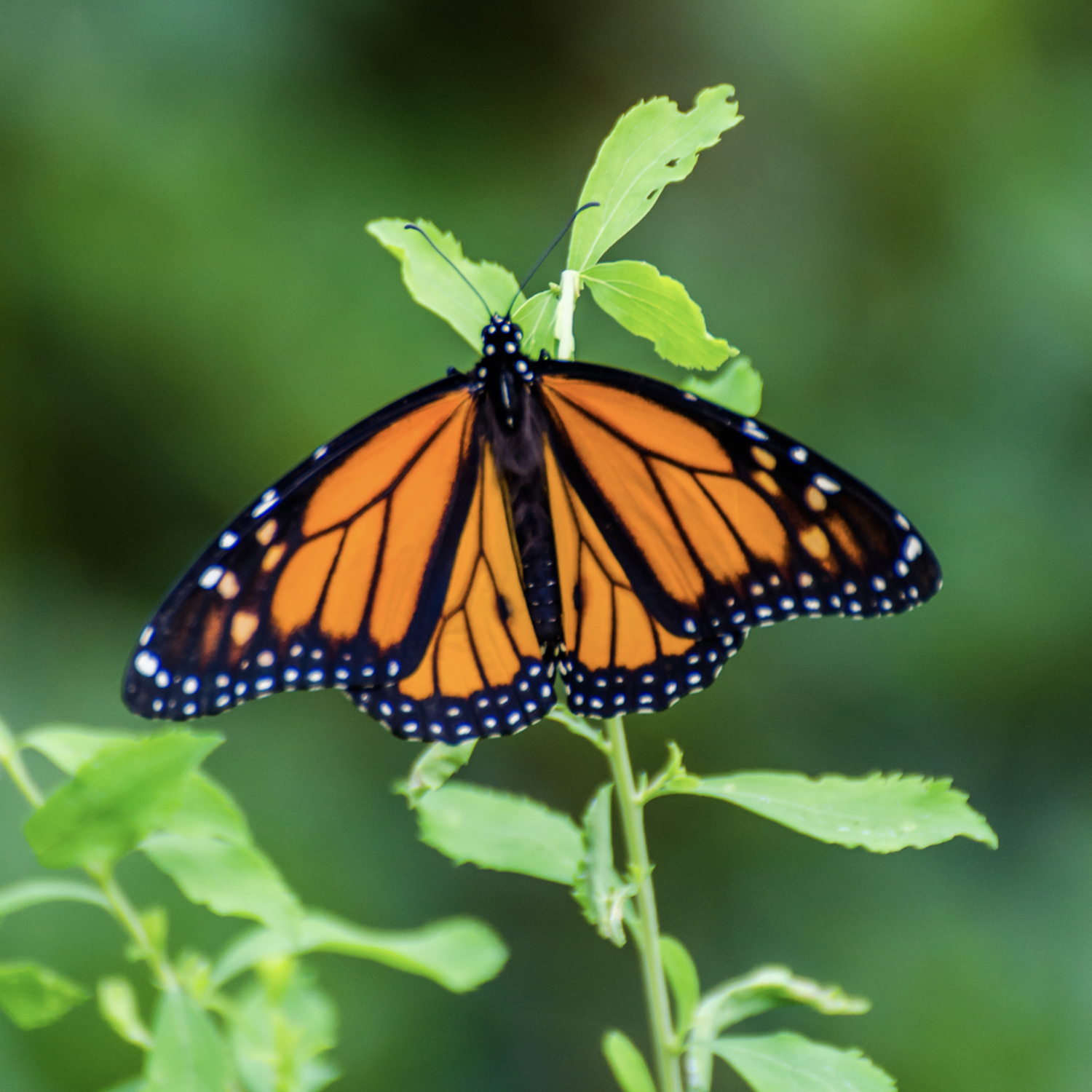 Tips for butterfly spotting on the Island